Working with the Espresso team was very efficient. We were able to move very quickly and get the capital we needed to bridge us to our Series C. 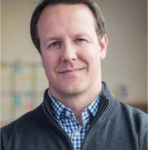 When Darrell Heaps founded Q4 in 2006, he had a vision to build a company that would become a global leader in cloud-based investor relations and capital markets solutions. Over the years, he achieved that and more. Today, Q4’s innovative investor relations platform integrates communications tools, market intelligence, and analytics with a market-leading investor relations workflow and CRM application.

Over the past decade, Q4 has helped hundreds of public companies in the capital markets attract, engage, and manage institutional investors. While the company initially supplied web content management systems to public companies, it pivoted several years later and began using its technology for investor relations. These days, Q4 has 1,300 clients, including Salesforce, Walmart, Visa, Shopify, and Danone, as well as one-third of the companies on the S&P 500.

A bridge from B to C

Not long after founding Q4, Darrell raised $2 million from friends, family, and angel investors. Then, in 2014, he raised a $5 million Series A round followed by a $22 million Series B two years later. After that, Darrell decided that his company would be best served if he waited until they gained more traction before pursuing another round. Of course, he’d need capital to help keep the business going in the meantime.

Venture debt turned out to be the perfect solution to extend the company’s runway.

“We didn’t want to take debt early on in the business because we didn’t have predictability,” Darrell explains. “I wanted to wait until I knew I had a larger and more stable business.”

“Venture debt can be an important tool for a company’s capital-raising strategy,” he says. “Getting the right mix of debt and equity matters because you want to have the right risk profile for you and your shareholders.”

Darrell already had an existing relationship with Espresso Capital and, when, on deeper inspection, he saw they had a clear and efficient process and competitive price point, he knew Espresso would be a great partner for venture debt.

“You have to build these kinds of relationships way ahead of needing them,” he says. “It’s important to understand what your options are and to make sure that they know you and you know them. That way when it’s time to move, you already have a relationship established.”

The capital from Espresso gave the company the additional runway needed to put them into an ideal position for their next round. This ultimately led Q4 to close a $38 million Series C in September 2018. By that time, Q4 was in such a strong position due to the business growth that they had experienced since securing the venture debt, that they still had the majority of the capital they had borrowed from Espresso in the bank.

“Working with the Espresso team was very efficient,” says Darrell. “We were able to move very quickly and get the capital we needed to bridge us to our Series C.”

Darrell says he believes venture debt can be especially valuable for entrepreneurs, who often aren’t aware of all the funding options available to them. In terms of propelling Q4 to where it needed to be, he says partnering with Espresso was a great decision.

“It was a very professional and supportive relationship, both in terms of the initial phase of getting the deal done, which was efficient and really well handled, and every step of the way since,” Darrell says. “During that bridge they were very accommodating and flexible. For a growth-stage company like us, they were the perfect partner to progress our capital strategy.”