By partnering with Espresso, we were able to grow our business, fund a major merger, and ultimately reach the scale we needed to secure a large equity round. 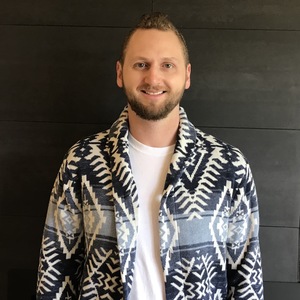 Kyle Braatz is no stranger to starting companies. At the age of 10, he got his start selling devil sticks. At 16, he opened a handyman business. At 19, he opened a beer distribution company out of his university residence. Fast forward to 2011, and Kyle co-founded Fullscript, an online platform that helps medical practitioners prescribe and dispense nutraceuticals to their patients without the need for physical inventory. The platform also helps medical professionals manage their prescriptions, build long-term relationships with their patients, and improve health outcomes by encouraging patients to stick to their protocol.

Today, Fullscript works with more than 15,000 active practitioners and over 1 million patients. Not only that, the company is experiencing 100 percent growth year over year. And while the company was almost entirely bootstrapped since its inception, by 2017, it had become clear that to continue its tremendous growth, and fund a critical merger, it would need to raise capital.

The quest for the right partner

Despite Fullscript’s strong results, most venture capital firms were reluctant to consider it. That’s because they didn’t have the mindset or operating model of the typical high-flying tech companies that most VCs tend to invest in. But Kyle remained unphased. Given his concerns about dilution and the cost of equity, he began to think that venture debt might be a better solution.

“We’ve always been focused on being a growth company that’s both profitable and fiscally responsible,” says Kyle. “Equity certainly has its place, but I believe in the value of where this company is going. When you compare the cost of debt versus equity, debt was the obvious choice based on the value that we knew we could build.”

Kyle briefly considered taking debt from a US lender, but ultimately rejected the deal. “There were just too many covenants that had the potential to stymie our growth,” he recalls. That’s when the company’s CFO recommended Espresso Capital as an alternative source of capital.

“They took a thorough look at our business and believed in where we were going,” says Kyle. “And it was just the right amount of thorough — they got to understand us but weren’t asking for things that we didn’t already have in place. Espresso recognizes that not every business is perfect, but they’re betting on you getting better and are willing to help you get there. They’ve always provided us with great feedback on where we can improve.”

Kyle describes the process of getting funding — which took less than 30 days from their first introduction to receiving the capital they needed — as seamless.

Leveraging capital to fuel a merger

Fullscript’s platform is their competitive advantage. With that in mind, Kyle used the capital he raised to drive growth initiatives that allowed the company to add more practitioners to their network and streamline distribution. He also grew Fullscript’s sales and marketing efforts and scaled up the engineering team. But it was the company’s 2018 merger with Natural Partners where the capital played the biggest role.

“Following the merger, we decided to draw down more money from the initial term sheet,” says Kyle. “We would have expected a lending partner to want to wait for the dust to settle down before making any changes, but Espresso didn’t hesitate. They had no problem making changes to the existing deal to make things easy for us. They could have held us to our agreement, but instead they just looked for ways to continue to help.

For Kyle, taking debt rather than equity turned out to be the right decision. “I’m so happy we opted for venture debt,” he says. “By partnering with Espresso, we were able to grow our business, fund a major merger, and ultimately reach the scale we needed to secure a large equity round.”

In May 2019, Fullscript raised a $25 million series B round from Kayne Partners, thus paving the way for further growth as the company executes on its market opportunity.