Other companies only seemed to be interested in collecting interest and getting paid back. Of course Espresso wants that too, but they’re also interested in truly supporting founders. 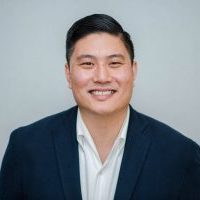 When there’s a gap in the market, you’ve got to find a way to fill it before someone else does. That’s what Edwin Fu did when he realized that media companies didn’t have the right technology in place to recognize revenue in the same way as other businesses. “Their order-to-cash process was always very fragmented,” recalls Edwin, “and they didn’t have a single solution to manage everything.”

While media sales reps may do a great job landing big deals, most have to deal with countless hours of repetitive administrative work after the fact because they simply don’t have the right tools for the job. As a result, they wind up spending far too much time generating insertion orders and re-inputting data into multiple systems, when they should be out selling.

Edwin, who spent most of his career in cloud computing, and has a wealth of experience working for companies like Salesforce, saw an opportunity to change this. In 2014, he founded Placements.io in Seattle with the goal of helping media companies get off of Excel spreadsheets and embrace a new, holistic solution to automate order-to-cash for publishers and marketing technology companies.

Growing strategically, and without dilution

Once he had nailed his product, Edwin raised angel funding and venture capital to help bring it to market. That strategy worked because it wasn’t long before the company started bringing on major clients including Walmart, Sky Broadcasting, and NewsCorp, among others. From there, Placements’ growth continued to skyrocket.

“We were growing very quickly,” Edwin recalls. “As a SaaS business, we had a strong cash flow, strong growth, and strong revenue. That meant that we didn’t necessarily need venture capital to drive additional growth. But we did need capital to help us manage the gaps in our cash flow that we were experiencing.” Those gaps occurred during the period between when a new client’s subscription started and when Placements actually got paid. Having some extra capital was an attractive idea to Edwin because it would smooth out these gaps while also helping him preserve his equity in the business.

As he considered raising capital, Edwin looked at a number of banks and venture debt firms before ultimately deciding to partner with Espresso Capital. “Working with bankers can be challenging because they’re often just interested in the financials, and not — at least in my experience — in building a relationship and taking the time to understand the founder and his or her needs,” says Edwin.

“That’s where Espresso did a really good job,” he continues. “They had a better discovery and relationship building process, and understood what our goals were, and how to map their capital to our needs.”

He also found Espresso more personable and that they had the best terms since they weren’t asking for covenants and warrants like everyone else. Plus, it was clear to Edwin that he’d be building a relationship with Espresso, while with other lenders the experience would just be transactional. After an initial discussion, Edwin and his team quickly received a term sheet and, within weeks, he had the capital he needed in hand.

“They are really founder-friendly,” Edwin explains. “Other companies only seemed to be interested in collecting interest and getting paid back. Of course Espresso wants that too, but they’re also interested in truly supporting founders.”

The big differentiator for Edwin was that his loan with Espresso was underwritten differently than all the others. “They didn’t impose restrictions and strong rules on how we could structure ourselves,” he says. “Meanwhile, the terms of repayment incentivized me to deploy the capital, knowing that I had enough runway to pay it back.”

Going forward, Edwin says Placements is still growing rapidly and has huge potential. He’s within spitting distance of reaching profitability, and then hyper profitability. Looking ahead, he says he’s open to all financing options, but appreciates the critical role that venture debt has played in supporting his business.