Sometimes great opportunities present themselves and we have to be able to act fast. Espresso has been able to react to our needs quickly and give us the support we need to take advantage of those opportunities when they arise. Their responsiveness is one of the reasons why we value our relationship with them so much. 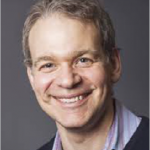 Introhive is a fast-growing enterprise relationship management (ERM) platform that drives its clients’ growth and strengthens their networks through sales force automation and relationship intelligence. It aims to increase visibility into clients’ relationship capital and help them build deeper relationships with their customers.

Having already raised two rounds of equity in the years since the company was founded, Introhive’s Co-Founder and Head of Business Development, Stewart Walchli, had reached the point where he believed that the company was about to unlock huge growth potential that would dramatically increase its value. The company was signing larger and larger enterprise clients and their pipeline was accelerating. So when it came time to raise the additional capital necessary to support that growth, Stewart and his team had an important decision to make. They could either raise a C Round straight away before they’d experienced that growth, or delay doing the round by using venture debt to fuel their growth and help them reach a higher valuation.

“Once we crunched the numbers it was obvious that venture debt was the best path forward,” says Stewart. “Using venture debt meant we could quickly access the capital we needed to dramatically increase the value of our company without having to immediately raise equity. That way, when we did go to raise more equity, we would be able to do so at a much higher valuation, meaning the round would be less dilutive and we’d be able to secure better terms.

Venture debt hadn’t always seemed like a viable option for Introhive. “We kind of assumed before we started kicking the tires that we were too small for venture debt,” Stewart says. “But as we got into discussions with Espresso and learned about how venture debt works, it became clear that it was not only a viable option, but also the best way forward.”

Prior to getting introduced to Espresso Capital through one of Introhive’s board members, Stewart had spoken with several other venture debt firms in the US. Ultimately, he chose not to partner with any of them, signing on with Espresso instead in June 2017. “When we considered all of the factors, Espresso was hands down the best option for us,” he says.

Since partnering with Espresso, Introhive has invested heavily in growing the business by expanding its sales and marketing efforts and tripling headcount company wide to 155 employees. Not only that, the company has tripled its client base and tripled its revenue.

“Since Espresso, we landed our first really substantial multinational deal,” says Stewart. “We knew once that happened, it would drive a lot more business and really help us scale.”

In 2018, that scaling helped the company land further financing in the form of a $20 million Series C investment from Lake Bridge Capital. “Espresso’s financing helped us achieve the financial scale and metrics we needed to attract the Lake Bridge investment, which was a real turning point for us,” says Stewart. But taking a large round from Lake Bridge didn’t spell the end of the company’s relationship with Espresso. “We made the decision with Lake Bridge to maintain our relationship with Espresso since the Espresso facility really complemented the equity investment and ensured we had enough capital to continue to grow.”

Partnering with an agile lender

Stewart says the whole experience with Espresso has been overwhelmingly positive. And, as his company has grown, so too has its credit facility. In fact, one of the things Stewart likes most about Espresso is that the team has taken the time to understand the company and to evolve the terms of the facility to meet the changing needs of the company as it has scaled.

“Sometimes great opportunities present themselves and we have to be able to act fast,” Stewart explains. “Espresso has been able to react to our needs quickly and give us the support we need to take advantage of those opportunities when they arise. Their responsiveness is one of the reasons why we value our relationship with them so much.”

Introhive is serial entrepreneur Stewart’s third startup, but his first experience with venture debt. “I just wish I’d met Espresso earlier in my career,” he says. “I’d definitely use venture debt again in any future projects.”

In June 2021, Introhive announced a $100 million Series C round led by leading growth equity firm, PSG. The company plans to use the funds for strategic acquisitions; to expand its global footprint; and to grow its engineering, sales, and marketing teams.