“With the support of great partners like Espresso, we’re confident that we’ll reach our goals.” 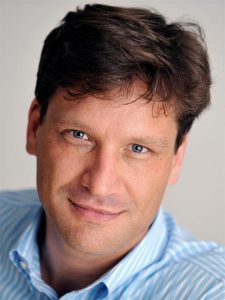 Founded in Israel in 2011, Leadspace has crossed continents to take up the mantle of being one of the best customer data platforms (CDPs) in North America. Named as a CDP leader in the 2019 Forrester New Wave report, the company is using AI and machine learning to transform customer data into actionable steps to target profitable prospects.

Leadspace’s success is reflected in its enviable list of more than 200 customers, which includes seven out of the top ten software companies in North America. The organization also has some pretty impressive leadership, including CEO Doug Bewsher, who joined the company in 2014 after having previously served as CMO at both Salesforce and Skype.

Leaving such a high-profile position to assume the helm of a startup like Leadspace might not seem like an obvious choice, but for Doug the decision made complete sense. That’s because he recognized that the company was at the forefront of a critical macro trend he’d identified in his previous roles, namely that companies are moving away from using systems of engagement and instead embracing systems of intelligence. “Having the opportunity to run a company that was on the ground floor of this rapidly accelerating trend was simply too good to pass up,” Doug recalls.

In the years since joining the company, Doug is very pleased with the progress Leadspace has made. “We’ve built the best tech platform in our category,” he says. “And, unlike our competitors who went out and sold a dream but didn’t have a product, we built our product first and now simply have to go out and start selling the dream.”

Like any company, Leadspace needed capital to get the word out about its product. The company had previously taken two rounds of equity funding through a joint venture partner in Israel. But after moving its headquarters to San Francisco in 2014 and raising its Series C, Leadspace started looking for venture debt partners in North America.

Having previously worked with Espresso Capital, Leadspace’s CFO gave the venture debt lender a warm recommendation. As Doug got to know the team at Espresso, he quickly discovered why. “Espresso’s simple, efficient, and straightforward processes made for a perfect business relationship,” he says.

Not long after, Leadspace received a $5 million credit facility from Espresso. Doug says he intends to use the capital to invest in sales and marketing, as well as its customer success efforts, as the company ramps up its overall go-to-market strategy.

Leadspace is also looking to expand into other verticals, including financial services and retail, and is eager to promote the value that a good CDP can deliver as those businesses look to boost their own sales.

Reflecting on his experience with Espresso, Doug only has positive things to say. “Working with Espresso has been great,” he says. “What really stood out to me is their flexibility. Most banks have fixed, established processes, and if a company comes along that doesn’t fit their mold, they aren’t interested. Not Espresso. They weren’t fazed by our business paving the way in a brand new category, or by the fact that we started in Israel, which makes financial dealings more complex.”

Building on momentum to take on the world

“We’ve got our foot on the gas and plan to drive our story in the market and get our message out there,” says Doug. “Ultimately, we’re automating what a good salesperson does so that you can drive more pipeline and sales. Like with anything though, getting people to change their approach takes time.”

Doug expects Leadspace to be the strongest player in the market within the next 12 months and to become the core tech platform that everyone needs within the next two years. “We’ve got ambitious growth plans both here and abroad,” he says. “But with the support of great partners like Espresso, we’re confident that we’ll reach our goals.”