“Espresso stepped in at just the right time to provide the capital we needed to help us scale the business and make our technology more robust. 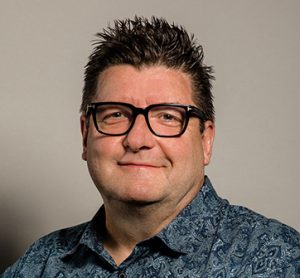 When Gary Saarenvirta started a consulting business back in 2003, he wanted to help companies make better use of analytics. Over the years, however, he realized that most companies simply weren’t taking advantage of data analytics in the right way. Seeing an opportunity, in 2016, he decided to build his own data analytics platform and transform his consulting firm into a SaaS business. With that, Daisy Intelligence was born, a company that today brings autonomous machine intelligence to clients in retail, insurance, and healthcare.

Throughout the early days of his evolving company, Gary was focused on keeping his business bootstrapped. He generally preferred to pour any profits the company earned back into the business rather than raise outside capital. Two notable exceptions were in 2013 and 2014, when he took a couple of small debt facilities from venture debt lender Espresso Capital.

Fast forward to the company’s shift to a SaaS business and Gary began to rethink his position on raising capital. Anxious to accelerate the company’s growth, he began talking to a variety of venture capital firms. Unfortunately, since the SaaS business was so new, they were reluctant to invest because they felt that it didn’t yet have enough customers or revenue.

Looking for alternatives, Gary decided to turn back to Espresso, which ultimately provided a $3 million credit facility in 2017. “Espresso stepped in at just the right time to provide the capital we needed to help us scale the business and make our technology more robust,” says Gary. “The funding also allowed us to hire a world-class management team and position ourselves for growth. None of that would have been possible without Espresso’s help. They really played a critical role in helping us establish and aggressively expand Daisy.”

Pitching their way to a bigger venture debt facility

About a year later, Daisy decided to participate in the ElevateR Pitch Competition at Elevate Festival, Canada’s largest technology conference, held annually in Toronto. The winner would not only earn a $1 million venture debt facility from Espresso, but also the attention of international media as well as investors and global tech leaders. The Daisy team went on to win that competition. The partners at Espresso were so impressed that they decided to increase the $1 million facility that came with the win to a $5 million line of credit.

“Winning was a big deal for us,” Gary recalls. “Although we always had great technology, prior to that pitch competition, no one in Canada knew who we were. Thanks to the attention we got from that win, we went from being a completely unknown entity to starting to get inbound interest for the very first time.”

Since winning that competition and receiving the $5 million credit facility from Espresso, the Daisy team has doubled in size while also doubling revenues. The company has been able to invest in its growth while simultaneously exploring opportunities to work with equity investors, who these days are taking a keen interest in the business. “Winning the competition and having the backing of Espresso have given us much greater credibility in the VC community,” Gary says.

In fact, the increased funding and visibility positioned the company to successfully close a $10 million Series A round led by Framework Venture Partners together with European corporate investors, Sonae IM.  The investment will give the company the additional capital it needs to fuel its next stage of growth.

“We’re very excited for what lies ahead for Daisy,” says Gary. “The last few years have been an incredible ride and it wouldn’t have been possible without the ongoing support we’ve received from Espresso.”