“The moment we got to know Espresso, we knew we were in good hands. They gave us the capital we needed to grow our business when other investors wouldn’t. Thanks to their help, we’ve been able to maintain control of the business and chart our own course.” 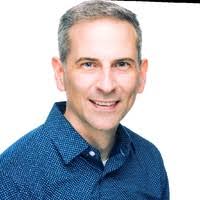 Assessing and screening college applicants can be a difficult task for educational institutions. Fortunately, Altus Assessments is there to help. Founded in 2015, the company offers online assessments to assess students as part of the university admissions process. Although its bread and butter is working with medical schools in the United States, the company also partners with institutions of higher education in Canada, Australia, and New Zealand. Today, Altus counts the University of Montreal, McMaster University, McGill University, and the University of Michigan among its many customers.

When CEO Rich Emrich started the company, it was because he knew that most acceptance decisions rely on grades and other traditional measures of book smarts. The problem is that those metrics aren’t always enough to measure an applicant’s potential. In cases like medicine, for example, 95 percent of complaints against medical professionals aren’t based on their knowledge, but rather interpersonal issues that arise during the course of treatment. Bedside manner, for example, matters a great deal. Altus helps admissions departments assess applicants in these and other areas by measuring soft skills like communication, ethics, and empathy.

The search for funding

Having built a great product, Rich and his team set their sights on expanding the business. Although they had managed not to take any external equity investments, they knew they’d need outside capital to fuel additional growth. Still, Rich wanted to ensure that growth happened in as capital efficient a manner as possible.

Unfortunately, he quickly discovered that securing capital would be easier said than done. That’s because due to the cyclical nature of the business — people only apply to educational institutions once a year — Altus earned the vast majority of its revenue during the application season.

As Rich approached investors, the problem he encountered was that most were reluctant to consider such an early stage company, particularly one with a non-traditional business model. That’s because despite having considerable recurring revenue, Altus simply didn’t have the consistent level of accounts receivable year-round that investors typically look for. As a result, most turned him away.

Finding a partner who saw potential

Eventually, Rich found his way to Espresso Capital, a company that was willing to think outside the box to help what it recognized as an innovative and very promising company. “They took the time to understand our business and recognized why it was compelling,” Rich says. “They gave us an initial line of credit at the right time for us, which meant that we didn’t have to try to find an equity investment that would have led to dilution.”

The capital Altus received from Espresso, which was funded in advance of the company’s annual revenue cycle, has allowed Rich and his team to accelerate growth investments in advance of collecting cash. “We used the funds for growth and working capital,” he says. “As a result, we’ve been able to expand our sales team earlier than we otherwise would have and fund further product development, which has been critical for keeping our customers happy.”

Since receiving funding, the company has also grown from just a handful of people to more than 40 full-time employees. And, as the company expanded, so too did the credit facility it received, thus providing Altus with the working capital it needed to bridge the seasonality of its revenue streams.

Throughout the process, Espresso also offered Altus something else: introductions to people in its network. Specifically, that took the form of events that marketed their business and tied them more closely to the Toronto tech community.

While Rich acknowledges that venture debt isn’t for everyone, he thinks there are plenty of startups taking equity investments that should at least look at blending it with debt, if not using debt as one of the primary mechanisms to grow their business. “The idea that VC funding is the end all be all is just wrong,” he says. “VC firms fund very specific types of companies — those that they think are going to reach valuations of $1 billion or more. Not every company fits that mold, which means equity isn’t the right solution for everyone. Here at Altus, we’re focused on building a strong, sustainable company, not a rocket ship that might take you to the Moon or blow up on its way into space.”

Today, Altus partners with 44 US medical schools and will assess over 100,000 applicants this year. It is also planning to expand into the UK while exploring new industry verticals. Not only that, with Espresso’s help, the company has grown to the point where it has been able to secure bank financing to augment its access to capital.

“It’s been quite a ride,” Rich notes. “When you begin raising capital, you’re never sure if you can trust the person you’re talking to, and they’re not sure they can trust you. But the moment we got to know Espresso, we knew we were in good hands. They gave us the capital we needed to grow our business when other investors wouldn’t. Thanks to their help, we’ve been able to maintain control of the business and chart our own course.”