Using venture debt has bought us some time to think things through, grow strategically, and not feel under the gun to raise a Series A. 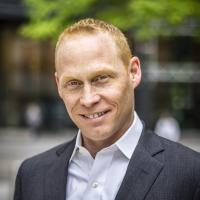 At some point during his career building software for financial advisors, Kevin Mulhern made an important observation. He noticed that while a variety of powerful marketing tools had emerged to help advisors attract and retain clients, less than 5 percent of advisors actually used them. That insight was ultimately what prompted Kevin to start his own business.

In 2012, he launched AdvisorStream, an automated marketing platform for financial advisors that helps them drive client engagement and build their business. Today, the company partners with publishers like The Globe and Mail, The New York Times, and The Wall Street Journal, among others, to deliver timely, relevant, and credible content to financial advisors across North America

Since founding the company, the only capital Kevin had raised had been from a couple of angel and seed rounds of investment. Over time, it became clear to Kevin that if he wanted to continue to grow the business, he was going to need more capital. And while a number of venture capital firms had reached out over the years, Kevin had always turned them away. “It was obvious that we needed additional funding to help enable our long-term growth, but we weren’t about to suffer any dilution to get it,” he recalls.

As Kevin explored his options, he began to consider venture debt. “We needed a way to fund the growth that we’re realizing right now and jump on opportunities as they happen without worrying about our cash flow,” he says. “Using venture debt would allow us to do that very cost-effectively so that we could grow our business to the point where raising equity eventually makes sense.”

While the team at AdvisorStream had no shortage of options for finding a lender, they ultimately selected Espresso Capital. “They’ve got a sterling reputation for being a great partner and for having a deep understanding of the Canadian tech market,” Kevin explains. “It quickly became obvious that they were the ones we wanted to work with.” The deal closed not long after, with AdvisorStream securing a $2 million credit facility in August 2019.

Using venture debt to drive growth and a higher valuation

Kevin and his team have an aggressive growth strategy that they are anxious to put into action now that they have the capital they need to do so. Key components of that strategy include enhancing the company’s sales and marketing capabilities and expanding operations into Europe, starting in the UK, to pursue new revenue opportunities.

“We now have the resources to support the triple-digit growth AdvisorStream is experiencing,” says Kevin. By extending the company’s runway, AdvisorStream will realize its strategic growth plan and command a higher valuation in the future. Given AdvisorStream’s current growth rate, Kevin expects the company to be generating $10 million in annual recurring revenue within the next 18 months.

“We’re excited to continue enhancing our platform and expand our footprint in North America, the UK, and other countries,” says Kevin. “Using venture debt has bought us some time to think things through, grow strategically, and not feel under the gun to raise a Series A. While we’re still exploring our options in terms of when it makes sense to raise equity, we feel like we’ve got a lot more flexibility than we did before.”